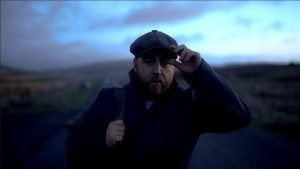 Formed in 2017, Tiderays blend contemporary indie rock with a more traditional Scottish influence. They have toured large parts of the UK, including the north of England and a short tour of Scotland in the winter of 2019. In July 2018 they released ‘TheAnchor’, engineered and produced by Rod Jones (Idlewild). The Anchor was played extensively across digital networks and was featured by Jim Gellatlyon Amazing Radio. Tiderays then achieved Jim Gellatly’s “Track Of The Day” on Amazing Radio with their release “Papillon”, as wel l.

As being featured on the BBC Introducing Mixtape by Tom Robinson on BBC Radio 6 Music. On 16th December 2018 , they received the accolade of’ Artist of the Week’ by Born to be Wide in The Scotsman newspaper in partnership with The Association of Independent Music. In Summer 2019, Jim Gellatly showed further support for Tiderays by featuring them in his New Music column in The Scottish Sun.