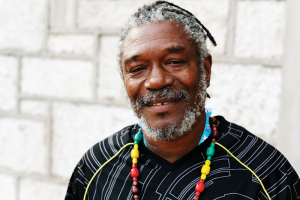 A legendary voice in reggae history and undisputedly one of the most respected and influential singers in Jamaica, Horace Andy has maintained his untainted voice for over five decades.

With his voice immortalised across all five of Massive Attack’s studio albums, his dub sound has become fully embedded into the wider world, whilst his incendiary live show also continues to garner him plenty of new fans and admirers today, backed by the Legendary Dub Asante band and featuring some of the most sought after reggae horn sections in  Matic Horns and Tallis.