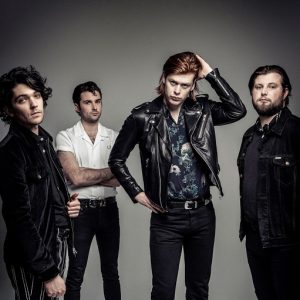 The Amazons are a rock band from Reading, Berkshire, formed in 2014. The band’s debut album rose to number 8 in the UK album charts. They have also been named a band to listen to in 2017 by NME, The Independent and BBC Radio 1.

The band were included in MTV’s and the BBC’s Brand New for 2017 and Sound of 2017 longlists respectively. AllMusic described them as an indie rock group known for crafting catchy and melodic arena rock anthems suitable for singing along.

With the Release of their second Album in 2019, they have certified themselves as a main stay of Stadium rock, and we at Solfest think you will be blown away as they take to the stage on the Saturday Night!