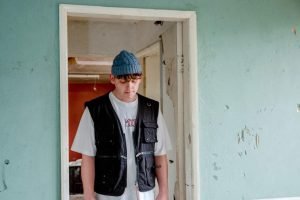 Manchester has one of the most storied music scenes of any city in the UK, but this isn’t a city prone to resting on its laurels. On the contrary, it’s always been a place open to outside influence, huffing in global sounds and turning them into something that sounds quintessentially Manchester.

His sound is a rich tapestry, with techno and dubstep entwined in his stern, stripped-back sagas. The Manchester producer has released on most of the usual suspect labels such as Punks, 877, Four40 and Jelly Bean Farm, and has a futuristic sound that’s warped, spacious and unpredictable.

Recent cuts tell you everything you need to know. His Round ere’ EP, mixes up techno, grime and dubstep with a distinctly Manchester feel, all the time with a nod to a classic electro aesthetic with jittering kicks and eerie, extra-terrestrial textures.