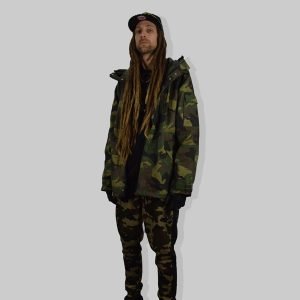 North West Producer, Dj and event organiser Chris Leahy aka ‘’Demloxx’’ has been in and around the Bass music scene for nearly 2 decades producing music, DJing, building sound systems and running events.

In early years Chris was known as ‘’Beach Club’’ often performing alongside partner in crime ‘’Relic’’. Over the years Chris has played stages around the UK and Europe. Warming up for acts such as Katy B , Shy FX, DJ Fresh, Redlight , Plastician and Killa P to name but a few and also getting support from brands like Red Bull , Adidas Originals and Montana Cans.

Over the past two decades he has had music played on BBC Radio, Rinse FM, Kiss FM, ABC Radio and FBI Radio Australia.

Demloxx’s DJ style is all up around the 140bpm mark, so expect anything from Grime, Dubstep to Garage and UK Funky in the mix.