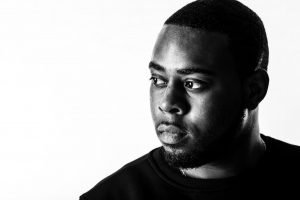 A man with a penchant for low-end basslines and dazzling rhythmic patterns, Champion is no stranger to innovation in his productions, making his mark on the UK underground with the breakthrough release of his debut effort, the scintillating ‘Motherboard’ EP on Terror Danjah’s Hardrive imprint in 2011. With musicality being the focus of his work it’s no surprise that the East London beatsmith has produced seminal music that touches upon House, UK Funky and Grime with effortless attention to detail and without dilution.

Champion counts publications such as The Guardian, Pitchfork, The Wire, FACT, XLR8R, Dummy and The Quietus as firm admirers of his craft. Whilst his DJ peers such as Mark Ronson, Diplo, Annie Mac, Benji B, Four Tet, Skream & Benga, Redlight, Loefah and Ben UFO regularly drop his latest output into their sets.

Not content with all the fanfare received from others he has turned his attention to expanding his own Formula Records network. The label recently celebrated releasing it’s first compilation, featuring Zed Bias, Flava D, Terror Danjah, Killjoy, Hybrid Theory and label head himself, plus the newly-launched F2 imprint sees the Formula sound focussing on breaking new artists in the bass canon such as Deadbeat, PVC and Tuff Culture.

“Champion’s own personal mission statement is simply to put out the sickest tracks, making sure all the while that no dope music is left unheard. Champion by name, champion by nature.” Natalie Davies, Dummy Magazine.